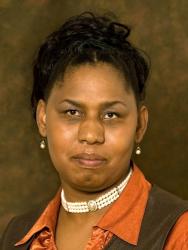 Current:
Ms Hendrietta Ipeleng Bogopane-Zulu is the Deputy Minister for of Social Development of the Republic of South Africa; a position she was appointed to on 26 May 2014.
Past:
Ms Bogopane-Zulu has served as chairperson of the Joint Committee on the Improvement of Quality of Life and the Status of Youth, Children and Disabled Persons Chairperson. She has also served on various other committees, including the Appointment of a National Auditor-General; Filing of Vacancies of the Gender Commission; Appointment of a National Public Prosecutor; and Appointment of a National Youth Commission. Between 1996 and 1999, she served as national coordinator of the Disabled Women's Development Programme in the Department of Public Service and Administration. From 1996 to 1999, Ms Bogopane-Zulu participated in the National Economic Development and Labour Council (Nedlac); and the South African Qualification Authority. From 2000 to 2005, she was involved in the Disabled Children's Action Group; the Inter-parliamentary Union Advisory Committee on HIV and AIDS; and the World Blind Union. Prior to her appointment as Deputy Minister of Women, Children and Persons with Disability, Ms Bogopane-Zulu served as Deputy Minister of Public Works from 11 May 2009 to 24 October 2011. Ms Bogopane-Zulu was the Deputy Minister for Women, Children and Persons with Disability from 24 October 2011 until May 2014.