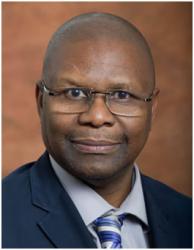 Current:
Past:
Mr Obed Bapela is the Deputy Minister of Co-operative Governance and Traditional Affairs, responsible for Traditional Affairs from 26 May 2014. He has been a member of Parliament since 2002. As a member of National Assembly he served as a member of the Joint Rules Committee, National Assembly Committee, Joint Programming Committee, and a member of Portfolio Committee on Foreign Affairs and Trade and Industry. he also served as a Chairperson of the inter Parliamentary Group on International Relations. Mr Bapela was a Facilitator/Chairperson of South Africa/European Union Inter Parliamentry Meetings and served as member of Gauteng Provincial Legislature and on Gauteng Portfolio Committee on Safety and Security from 1994 to 1999. Prior to his appointment as a Deputy Minister in the Presidency, Mr Bapela was a Deputy Minister of Communications of the Republic of South Africa from 1 November 2010 until 24 October 2011. Mr Obed Bapela was the Deputy Minister in the Presidency for performance Monitoring and Evaluation of the Republic of South Africa from 24 October 2011 until May 2014.

Past:
Mr Bapela was a student activist and took Part in the 1976 student uprising. He was a member of the African National Congress (ANC) underground structures from 1979. He was also a member of the Congress of South African Student (COSAS) in early 1980s. He was a founding member of Alexandra Youth Congress in 1983, later became its Deputy President. He was also a founding member of United Democratic Front (UDF) in 1983 and became a member of the Civic movement later known as South African National Civic Organisation (SANCO) from 1985 to 1986. Mr Bapela has served ANC in the positions of Deputy Secretary of Johannesburg branch, Regional Secretary of the ANC PWV from 1991 to 1994, and as Deputy Secretary of Gauteng province from 1994 to 2000. He also served as Ex-Official in the National Executive Committee of the ANC. Mr Bapela was detained several times and appeared in two political trials in Port Elizabeth and Alexandra between 1986 and 1987 and between 1987 and 1990.