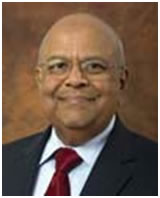 Past:
Mr Gordhan was involved in politics in the late 1960s and he took part in the Natal Indian Congress call to boycott elections in 1980s. He organised and led the Student Movement and Civic Structures during the 1970s and 1980s and he participated in the underground structures of the African National Congress (ANC) for four years.During that period he has been detained three times by the Apartheid government. Mr Gordhan has participated in the Multi-party talks at the Convention for a Democratic South Africa (CODESA) in 1990. During that period he was Co-Chairperson of Transitional Executive Council which prepared the country for the elections between 1991 and 1994 and participated in drafting the White Paper on Local Government which laid the foundation for developing Local Government Authorities. He was involved in the African National Congress (ANC) and South African Communist Party (SACP). He became the member of Parliament between 1994 and 1998. During that period he served as a Chairperson of Parliamentary Constitutional Committee which had oversight over implementation of the new Constitution in 1996.

He holds a Bachelor of Pharmacy from the Durban-Westville University.