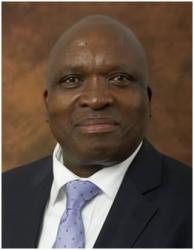 Past:
He became a Member of Provincial Executive Committee of ANC in Limpopo Province from 1991-2001. Dr Phaahla was the head of the ANC Presidency responsible for coordinating the office of the President, Deputy President and National Chairperson during election campaign from November 2008 to 30 April 2009.